ALL ARE WELCOME!
WE TEACH THE TRUTH WITHOUT COMPROMISE!
WELCOME BACK
We here at the Community Christian Church believe a church is an essential service under all conditions, being called by the Lord Jesus Himself to assemble, and we, in the US, being under the protection of the First Amendment of the Constitution of the United States.  As we are able we are attempting to be in compliance with the AZ state and federal suggested safety guidelines regarding COVID-19.  We are encouraging Sunday service attendance, understanding there will be some limitations of social interaction, with an appropriate separation for non-family members.  The leadership of the Community Christian Church is in agreement as we open services up to the community.  You are personally invited to attend, we hope to see you.
Online services will continue to be available at communitychristianchurch.sermon.net
You are welcome to contact me anytime at 520-723-2952 (Leave a message.) e-mail pastorbill@westriv.com.  Or drop a note in the Drop Box on the front door.  May we never neglect to pray for one another.
Dr. William Perry, Senior Pastor
Isaiah 55:6-7, “Seek the Lord while He may be found, call upon Him while He is near.”
***** 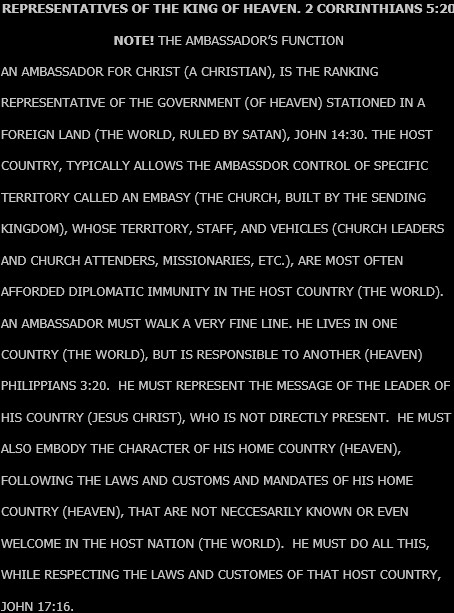 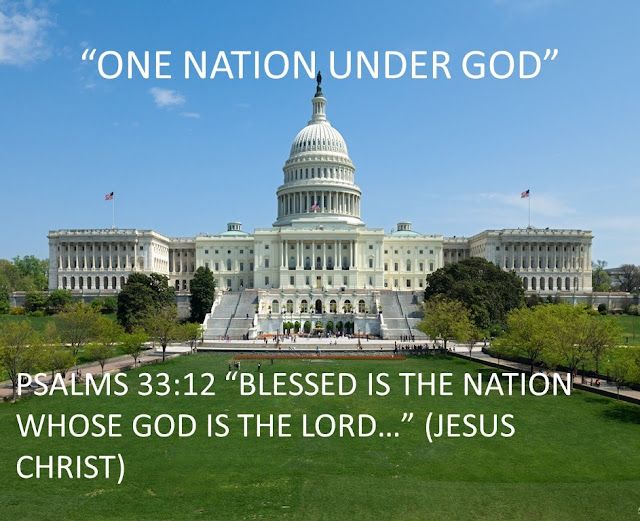 Congress shall make no law respecting an establishment of religion, or prohibiting the free exercise thereof; or abridging the freedom of speech, or of the press; or the right of the people peaceably to assemble, and to petition the Government for a redress of grievances.
*

IS THERE A BIBLICAL PRESCRIPTION TO MAKE AMERICA GREAT AGAIN? YES! ONE, AND ONLY ONE. IT'S FOUND IN 2nd CHRONICLES 7:14; "IF MY PEOPLE WHO ARE CALLED BY MY NAME WILL HUMBLE THEMSELVES, AND PRAY AND SEEK MY FACE, AND TURN FROM THEIR WICKED WAYS, THEN I WILL HEAR FROM HEAVEN, AND WILL FORGIVE THEIR SINS AND HEAL THEIR LAND."

THE ANSWER IS: TURN BACK TO THE LORD GOD-TO FAITH-FAMILY! 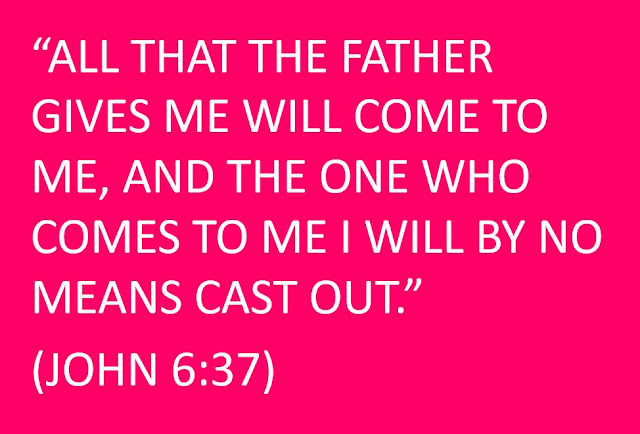 TO BE CHRISTIANS, WE MUST CONFESS AND AGREE WITH GOD THAT SIN IS SIN! KNOWING THAT GOD HATES SIN! THE SINNER MUST CONFESS, REPENT AND TURN FROM THEIR SINS, TURN TO JESUS AS LORD AND BE SAVED!

Remember: As Christians, we have a New Nature that is Constrained by the Truth of Scripture!

Knowing that; Truth is always Truth, from Eternity past, through Eternity Future.

PLEASE JOIN US SUNDAYS AT 9:30 A.M. HERE IN VALLEY FARMS, AND BE A PART OF OUR MINISTRY OUTREACH, AS WE BROADCAST THE GOOD NEWS OF JESUS CHRIST THROUGH OUT THE WORLD, WITH MORE THAN 2,100 WEEKLY VIEWS.

OR, YOU MAY WANT TO TUNE IN FOR TODAY'S MESSAGE, VIA OUR WORLD WIDE WEB CHANNELS, JUST CLICK ON THE GOD TUBE CHANNEL, OR SERMON-NET CHANNEL AND BE A VITAL PART OF THIS MINISTRY.

NOTE:  Hearing from you will be very encouraging to us.  Please leave a comment on our blog.

Or you may send us an e-mail at PastorBill@westriv.com

WHY REACH OUT AND MINISTER TO MEN?

MY SOUL THIRSTS FOR THE LORD 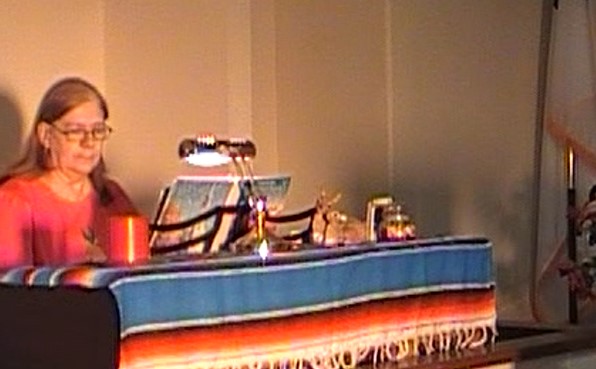 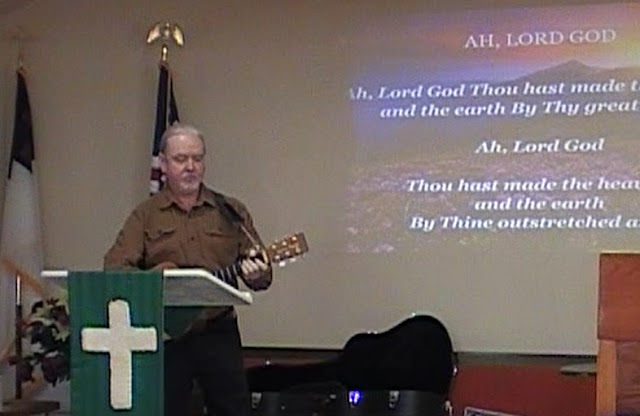 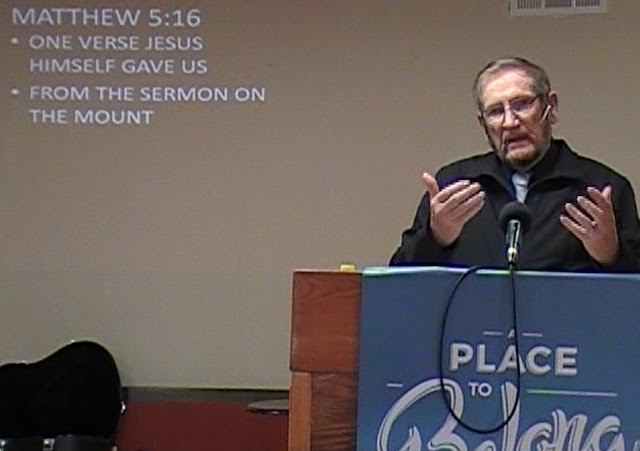 As a pastor, as a minister called by God, I am to trust Him, to believe Him, to teach His Word; the Bible, in all Meekness, with Humility, yet, Boldly preach that every Word in the Bible is true; not merely only what I may want to be true; but, that every word is true; and teach it without compromise!

"How can they hear without a Preacher!"

NEW:  CONTINUE TO PRAY FOR THE ELECTION!!
(IT AIN'T OVER UNTIL IT'S OVER)

NEW PRAY:  For Bailey who fell off a horse and hurt her head and her spine.  She is home now recovering from the fall.

PRAY:  For Fred and Debbie as they prepare for their move to Arizona.

PRAY: THAT FEAR WOULD SUBSIDE IN EQUAL PROPORTION TO OUR TRUST IN GOD.  FEAR NOT!

PRAYER FOR:  Joe as he continues in his work.

PRAY FOR: Worldwide Prayer concerning COVID-19 as the governments tighten down on Church Activities.
PRAY: FOR WISDOM AND HUMILITY FOR PRESIDENT TRUMP AS HE MAKES DECISIONS THAT ARE SO COMPELLING IN EACH OF OUR SITUATIONS TODAY.
PRAY FOR: This COVID-19 virus situation.
PRAY FOR: Pray that we, as Christians, will learn through this virus situation to trust the LORD. Pray for our nation during this Corona-virus crisis. Pray that a cure will be found. (Proverbs 3:5-6)
PRAY FOR: Glenn & Carole Mollette for the decisions they will be required to make regarding Seminary Graduation in 2021
PRAY FOR: Continue to pray for Todd (health and personal matters).
PRAY FOR: The many that are unsaved, in and around Valley Farms including those who are trapped in the ungodly cult of Mormonism. They have turned their backs on the true Jesus, and there-fore are not saved, and are on their way to an Eternity in HELL!
PRAY FOR: OUR PRESIDENT and VICE PRESIDENT.
PRAY THAT: All who claim to know Jesus as Lord and Savior would start to live as if He is Real in their lives, and will be willing to pay the one debt we all owe for our Salvation; that is the debt of LOVE to the Lord Jesus (Romans 13:8)!
PRAY FOR ALL CONCERNED: As Pastor Bill teaches God's Word (1 Timothy 2:2). As he teaches the Truth of God's word, and rebukes all false gospel. Pray that many would respond to the Truth of God's Word in love and truth.

FILL IN THE BLANKS!

(Check answers below.)  NOTE! Filling in the blanks each week, could give a serious student of the Lord Jesus Christ and the Bible, an education equal to a Theological degree within two years.

1.     Jesus had been clearly teaching His disciples, followers and true believers that they will receive the __________ and they are to let their light shine.

4.     They reject Jesus and in Mark 3:22 they even accuse Him of being ________ by Beelzebub and casting out demons by Satan.  This is blaspheming the Holy Spirit.

7.     Jesus begins to give His disciples and apostles their commission.  The ______ is intended to shine, not put under a basket, nor under a bed.

Click here to view on God Tube TV
or here for Sermon TV.

For discussion on this message leave a comment on this BLOG.
http://perrysperiodicals.blogspot.com/2021/01/january-3.html#comment-form 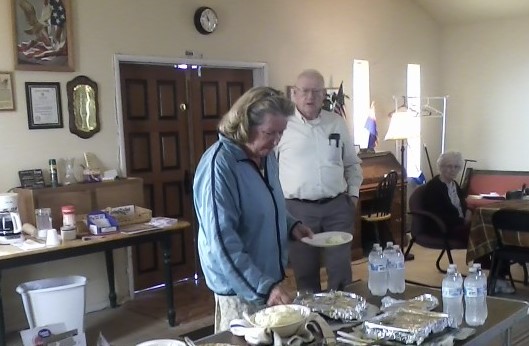 BREAKFAST AT THE CHURCH - FEBRUARY 16th 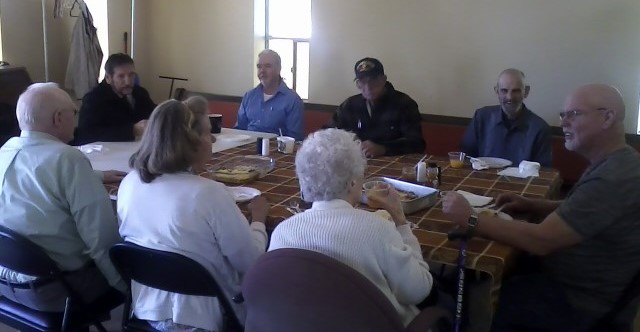 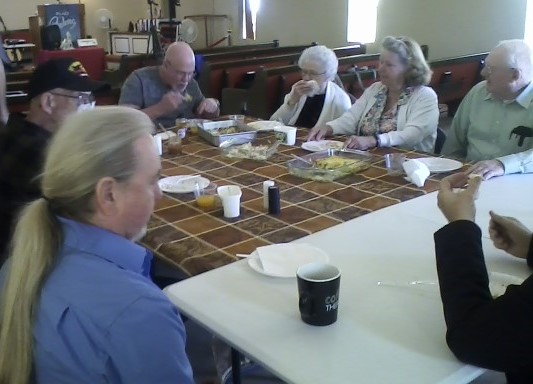 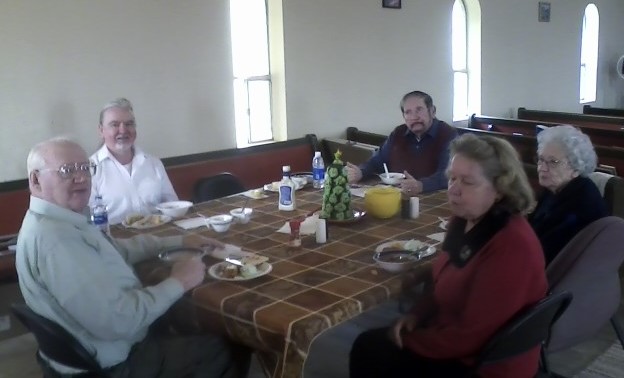 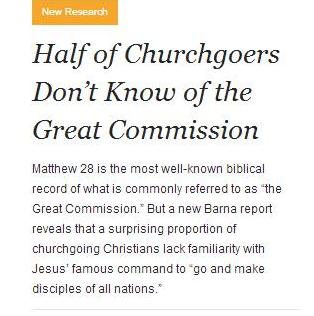 SALVATION: Not only to Eternity in Heaven, but from Eternity in Hell! You MUST, first of all: Humble yourself and Admit You Are a Sinner in Need of a Savior:

•James 2:10 “For whoever keeps the whole law and yet stumbles on one (point), he has become guilty of all.”

•Romans 3:23 “For all have sinned and fall short of the glory of God.”
•Romans 6:23 “For the wages of sin is death, but the free gift of God is eternal life in Christ Jesus our Lord.”
Accept God’s Love through the/Sacrifice in His Son Jesus
•Romans 5:8 “But God demonstrates His own love toward us, in that while we were yet sinners, Christ died for us.”
Turn to God in Repentance
•Acts 20:21 “I have declared to both Jews and Greeks that they must turn to God in repentance and have faith in our Lord Jesus.”
Trust the Fullness Jesus Christ!
•Romans 10:9 “…if you confess with your mouth Jesus as  Lord,  and believe in your heart that God raised Him from the dead, you shall be saved;”

WE LOVE TRUE TEACHERS OF THE WORD! 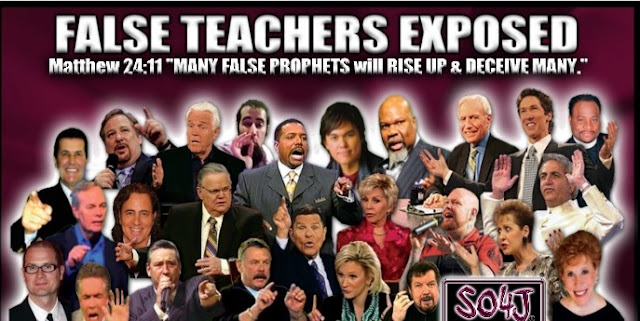 BEWARE OF THOSE WHO CALL THEMSELVES,

THE WORD OF FAITH! 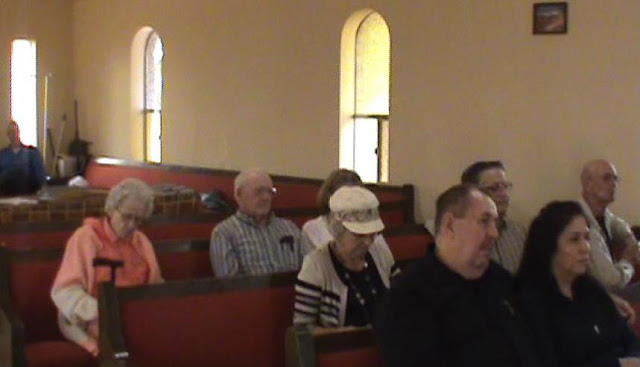 We were blessed with a visit from Randy King sitting next to his mom, Carrie. 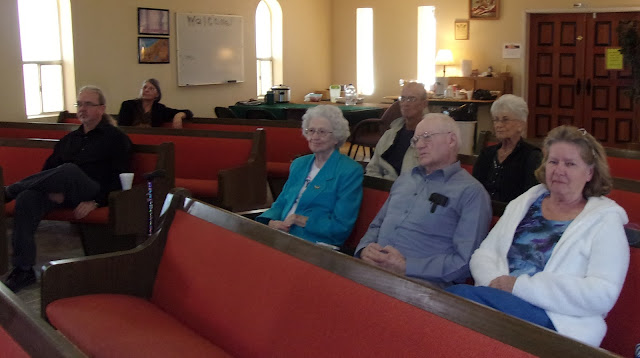 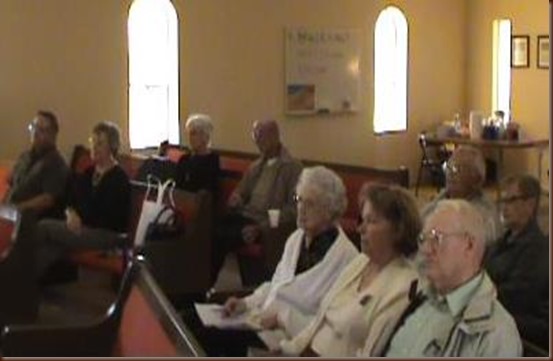 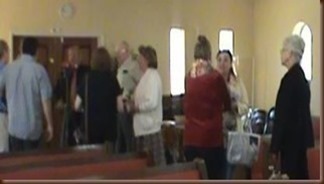 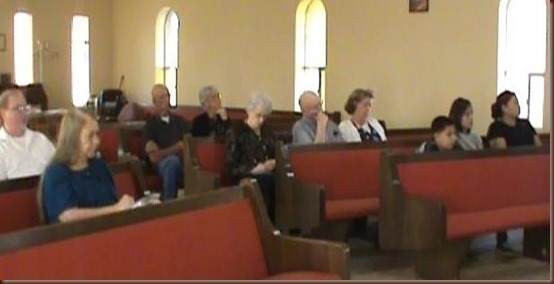 Praise the Lord, He continues to build His Church. 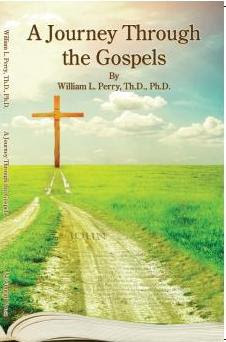 Dr. William Perry is a prolific writer of outstanding books. His titles for Newburgh Press thus far are Christians Helping Christians, Christian Counseling for the 21st Century and Theology for the 21st Century. Each book is a must for every reader of solid Christian material.
I am happy to endorse Dr. Perry’s latest treasure, “A Journey Through The Gospels.” Every student and preacher/teacher of the Bible needs this book for the desk or the bedside table. You will enjoy reading insights  and valuable lessons that many casual readers of the Bible will miss.
While this book is not lengthy you will find a delightful study of each gospel that will make you appreciate the wonderful gospel stories and love Jesus even more.
To God be the glory!
Dr. Glenn Mollette, President
Newburgh Theological Seminary
Newburgh, Indiana
Click on book covers for more information. 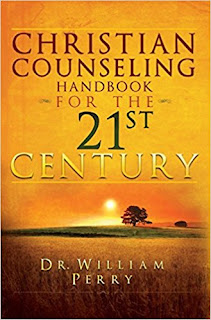 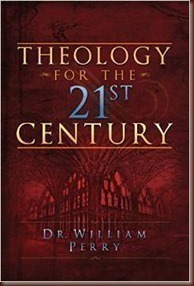 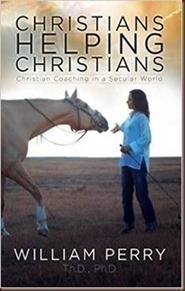 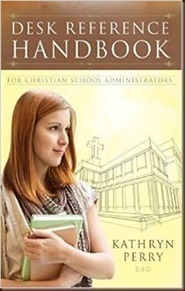 These books are all available through Amazon.com.

A Reminder!!! Come visit us and learn the truth!

Posted by Perry's Periodicals at 1:34 PM