Wishing you all a very Happy Thanksgiving!

It became even more clear as we moved into 2012, that the Lord was beginning to bring up, and, place many troubling things before me personally. At the time, I had no idea that He was letting me in on a vision for our nation, and the need today was becoming so great and so necessary.


This had started out as a way of helping support foreign missionaries. However, after a little research, I was encouraged to dig deeper. And it wasn’t long at all, before the Lord brought my focus back to America. Back to a truth,. To a truth that this great missionary sending country, has, over the past 40 years, been transitioned from a missionary sending country, to a nation that is in desperate need of missionaries itself. This was further evidenced as I observed the closing of hundreds upon hundreds of small churches throughout rural America.


As I consider the neglect of the church in America, the cultural, as well as the spiritual war we are in, and today, is, ever, rapidly escalating, one question continually keeps popping up.“Are we, as ministers in America, as focused on introducing people to the Lord Jesus and discipleship, as we would be if we were serving as full time missionaries in a foreign land?


We have felt the call so strong.  Now it’s time to pray and fast for the Lord’s direction for our life.  We seek your prayers as we seek the Lord.


This will be our last general e-mail as our ministry at Ho Ho Kam will be ending on November 25.  If you would like for us to continue please let us know.  If you are truly praying people we covet your prayers as we seek the Lord’s face.

GENESIS 12:3  “I will bless those who bless you, and whoever curses you I will curse; and all people on earth will be blessed through you.”


ROMANS 10:1  “Brothers, my heart’s desire and prayer to God for the Israelites is that they may be saved.”


We are called by God to pray for Israel.  Let’s all unite in prayer for Israel’s  protection and well being.  In the Name of Jesus the Christ and Lord of Glory—AMEN.

Posted by Perry's Periodicals at 12:03 PM No comments:

Remembering Family Members Who Honorably Served Our Country in the Armed Forces. And a Special Salute to my brother 1ST. Sgt. Gordon Perry- 26 years of Honorable Active Service, with (3) three Tours of Vietnam. 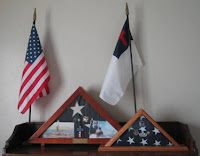 A Poem Worth Reading

He was getting old and paunchy
And his hair was falling fast,
And he sat around the Legion,
Telling stories of the past.

Of a war that he once fought in
And the deeds that he had done,
In his exploits with his buddies;

es, every one. And 'tho sometimes to his neighbors
His tales became a joke,

Commander (O-5) William Perry CC-USNR-R
SMSgt (E-8) Kathy Perry USAFR-R
All his buddies listened quietly For they knew where of he spoke.
But we'll hear his tales no longer,
For ol' Joe has passed away,
And the world's a little poorer

For a Soldier died today.
He won't be mourned by many,
Just his children and his wife.
For he lived an ordinary, 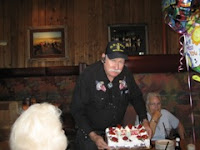 BTCM (E-9) Chuck Perry USN-Ret
He held a job and raised a family,
Going quietly on his way;
Carol Orlandi
And the world won't note his passing,

'Tho a Soldier died today.
When politicians leave this earth,

Their bodies lie in state,
While thousands note their passing,
And proclaim that they were great.

Papers tell of their life stories
From the time that they

were young
But the passing of a Soldier

Or the ordinary fellow

Who in times of war and strife,
Goes off to serve his country
And offers up his life? The politician's stipend
And the style in which he lives,
Are often disproportionate,
To the service that he gives.

While the ordinary Soldier,

Who offered up his all,
Is paid off with a medal
And perhaps a pension, small.

It is not the politicians
With their compromise and ploys,

PR1 Steve Wells
Who won for us the freedom

That our country now enjoys.

Should you find yourself in danger,
With your enemies at hand,

Would you really want some cop-out,
With his ever waffling stand?
Or would you want a Soldier--
His home, his country, his kin,
Just a common Soldier,
Who would fight until the end.
He was just a common Soldier, and his ranks are growing thin,
But his presence should remind us

We may need his likes again.

For when countries are in conflict,
We find the Soldier's part
Is to clean up all the troubles
That the politicians start.
If we cannot do him honor
While he's here to hear the praise,
Then at least let's give him homage

At the ending of his days.

Perhaps just a simple headline
In the paper that might say:
"OUR COUNTRY IS IN MOURNING,
A SOLDIER DIED TODAY."


WE ASK THAT YOU KEEP OUR MILITARY IN YOUR PRAYERS.

It’s very much worth the time.

We are rightly concerned about this world, but only to a limited extent.  Our main concern is the Gospel of Jesus Christ.

Being in the world but not of the world has never been easy.  The 2012 election underlines the challenges we now face and the responsibilities we dare not neglect.


Matthew 6:33, “ But seek first His Kingdom, and His Righteousness, and all these things will be given to you as well.”

Our Founding Fathers understood the necessity of relying not upon their own efforts, but upon the saving forgiveness and protection of the Almighty, Jeremiah 18:8. “… if that nation against whom I have spoken turns from its evil, I will relent of the disaster that I thought to bring upon it.”

If there were ever a time in our nation’s history that we need to repent and ask the Lord to relent, it is today. Repentance is the only gate through which the Lord’s healing will come. Business, programs, and a change in political leadership will not accomplish this. Only the Lord can bring healing to our land. 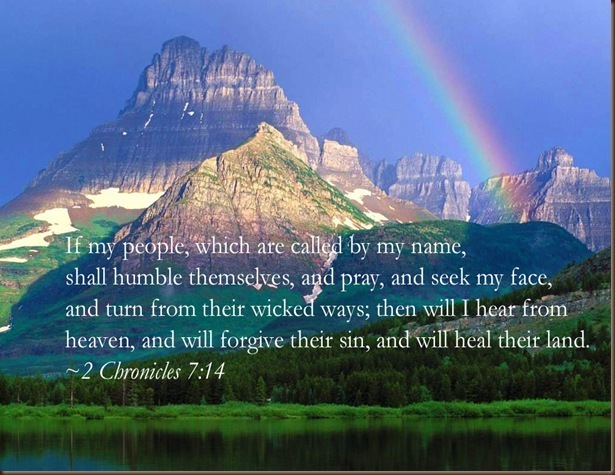 On Friday, we met with our Missionary friends, Walt and Rosanna, at Chick-Fil-A  in Casa Grande.  We had a wonderful informative visit. But, too soon, they headed out for Pine Valley, CA. 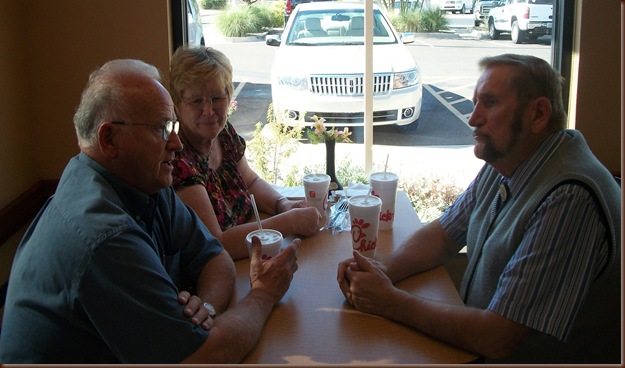